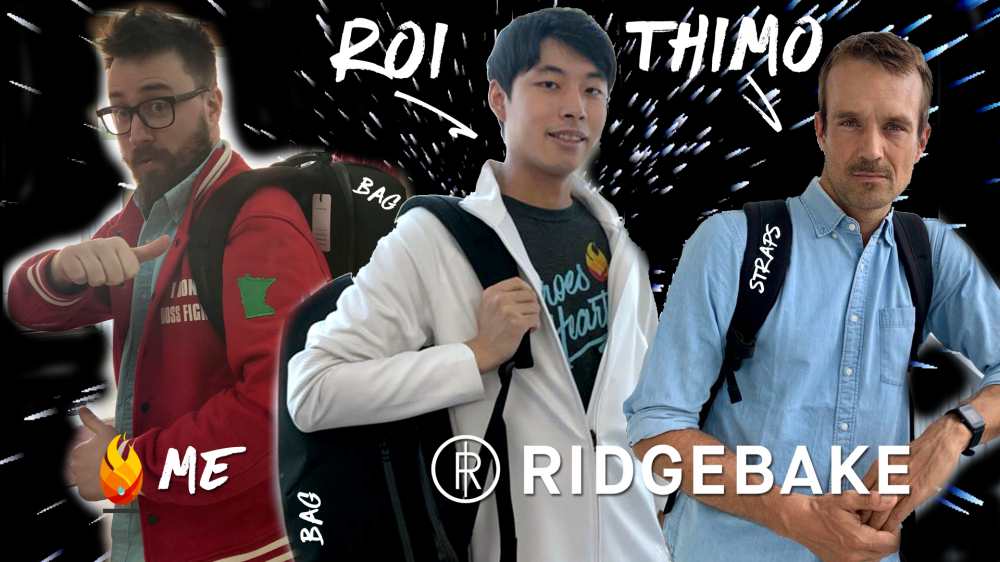 It's not often that we at HHE partner-up with a company to become an official sponsor, but when we do, it really means something to us. As an Org, we always look for that special something that connects our vision to the products the sponsor creates, the ideals they push, and the way they push them.

Do they think about business the way we do? Do they care about their community (and ours) like we do? If I were stuck in an airport on a three-hour layover with the head of the company, would we have a great time?

Originally, Ridgebake started working with our HGC team last Summer/Fall to develop the very bag they are releasing on their Kickstarter this week. They sent over prototypes, listened to our painstaking input and unreasonable wishlists, and upgraded iteration after iteration of their bag into what it is today. I travel a lot, I game even more, and this is something I found myself feeling strangely passionate about -- it really is odd to be excited about a bag, but here we are.

As we worked together over the subsequent months and into 2019, it was clear that founders Roi Hirata and Thimo Kilberth were just big ol’ nerds that wanted to make something gamers would love -- just like us. It was a simple vision about quality and dependability -- and we definitely wanted to help. 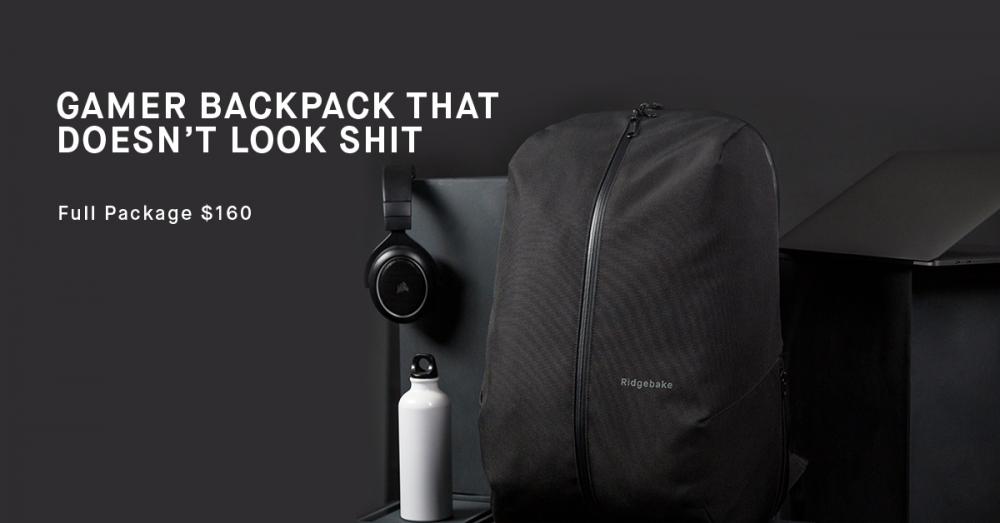 To that end, Ridgebake wanted to help too. They’re support is making possible all of the great programming we’ve been developing so far this year and will help make even more content in the future a reality. In the very near future, starting April 19th, we will be launching Fight Night: Warcraft 3, which will be formatted like our classic Fight Night style brawl night and hosted by Grubby and KendricSwish -- without RB, I’m not sure a show of that magnitude would be possible.

Ridgebake is a great company and we’re very excited to be working with them. Check out what they do and how/why they do it.

They have a Kickstarter now live for the bag I’m wearing above and it’s a beast.

Kudos to RB for letting me make that terrible photoshop graphic above, blessRNG.

Comments
There are no comments for this post.
workhorse
Besties