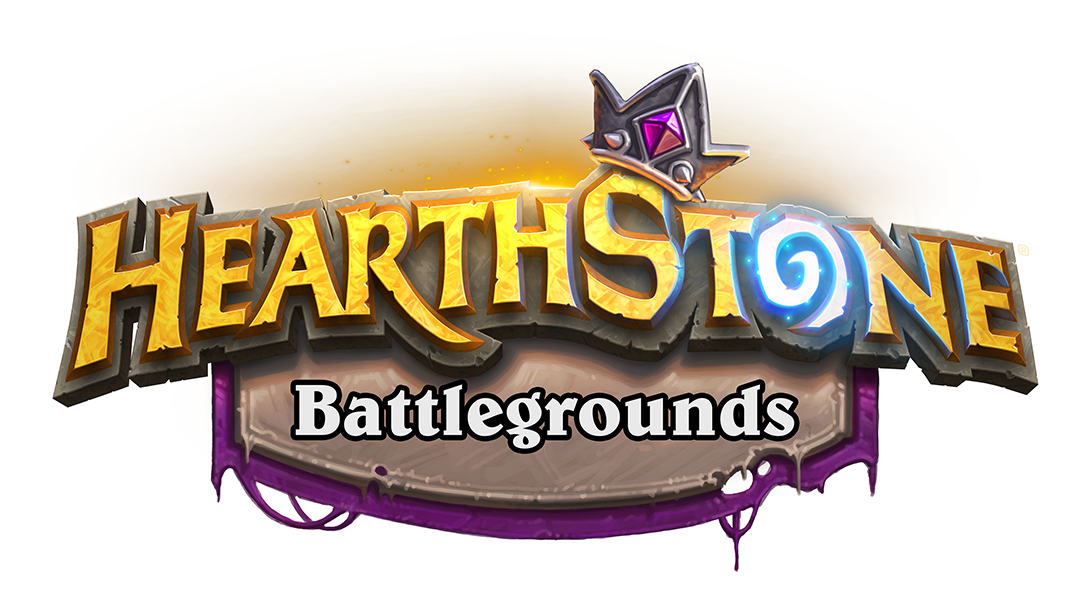 388 views
0 yays
0 comments Hearthstone Crowns a Global Champion By Joce on 11/03/2019
Hearthstone has officially unveiled its newest mode: Battlegrounds! The game has not been updated with a new way to play since the addition of Tavern Brawl in June 2015, so the reveal of the new mode at BlizzCon was both exciting and unexpected.

Battlegrounds is the cross between Hearthstone and the ever-expanding genre of Autobattler. Instead of the competitor's iterations that make use of a grid based board, Battlegrounds uses Hearthstone’s two sided, seven minion wide game board. The mode operates as two phases that repeat over multiple rounds where players recruit minions from the existing Hearthstone card pool (independent of their existing card collection), and then enter combat against one of the seven other players in the lobby.

In our testing, the entire experience from start to finish took between 15-20 minutes, which fit Hearthstone’s existing mantra of short, repeatable content. In addition to typical solo queue options, players also have the opportunity to queue into Battlegrounds with their friends, taking on each other as enemies within the free-for-all mode. Because who doesn’t like to beat up on their friends every once in a while?! 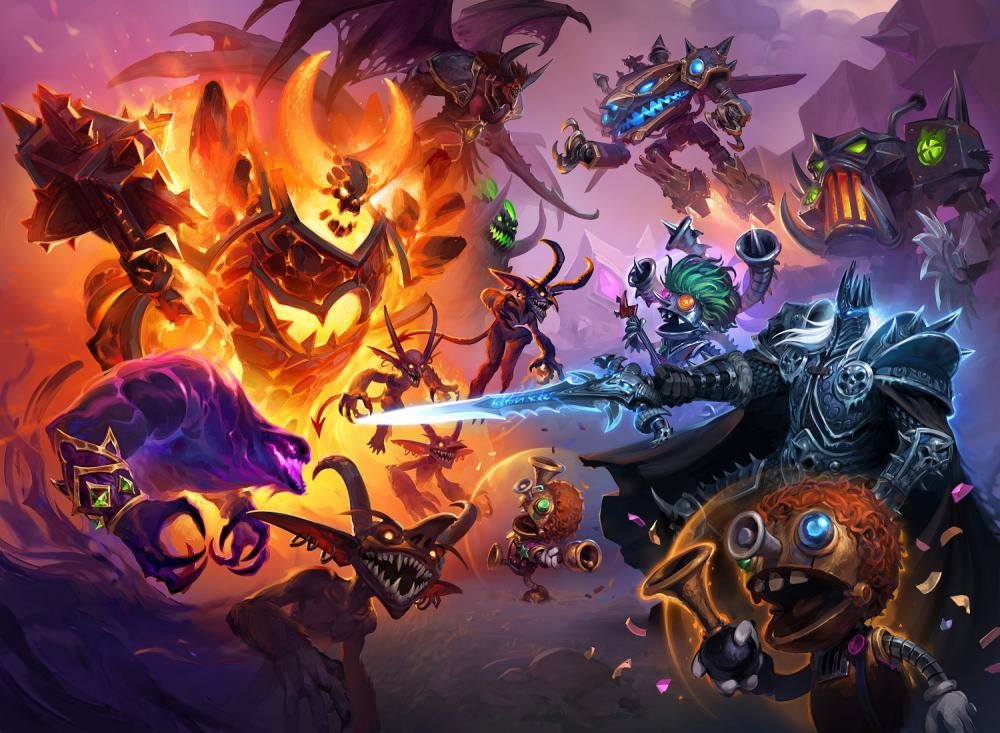 The Arena button in the main menu has been updated to a new “Modes” button, where the player will find Arena, Battlegrounds, and any future ways to play Hearthstone outside of the Ladder experience. When entering the queue, each of the eight players will get two characters to choose from out of a possible 24. A third character option to choose from has also been confirmed as unlockable. Each character in the hero pool has a unique Hero Power that will impact the Recruit phase of the game.

During the Recruit phase, the players enter Bob’s Tavern with a limited amount of gold and time to make decisions. The amount of gold the players receive increases by one each round -- much like Mana in other Hearthstone game modes -- up to a maximum of 10. Minions can be recruited for three gold or the player can choose to reroll the Tavern for the cost of one gold. However, if there are minions that the player would like to recruit but they don’t have enough gold remaining, the Tavern can be frozen for free to ensure that those same minions will be available in the next Recruit phase. To purchase a minion, the player can simply grab it from Bob’s side of the board and bring it into their hand. They then can choose to either play it right away, or hold it to play in a future round.

The player’s board then becomes known as their “Warband”. Any buffs they gain during the Recruit phase are permanent, and will stay with them round after round. Minions can also be upgrades by obtaining three of the same kind, which in turn doubles the Attack, Health, and Card Text of the minion. As an added bonus, this also frees up space on the board and nets the player a free Discover card. This card allows the player to choose a minion from a higher Tavern Tier, opening up a higher quality pool of minions to choose from. This impacts the number of minions to choose from, as well as the damage that will be dealt at the end of the Combat phase. 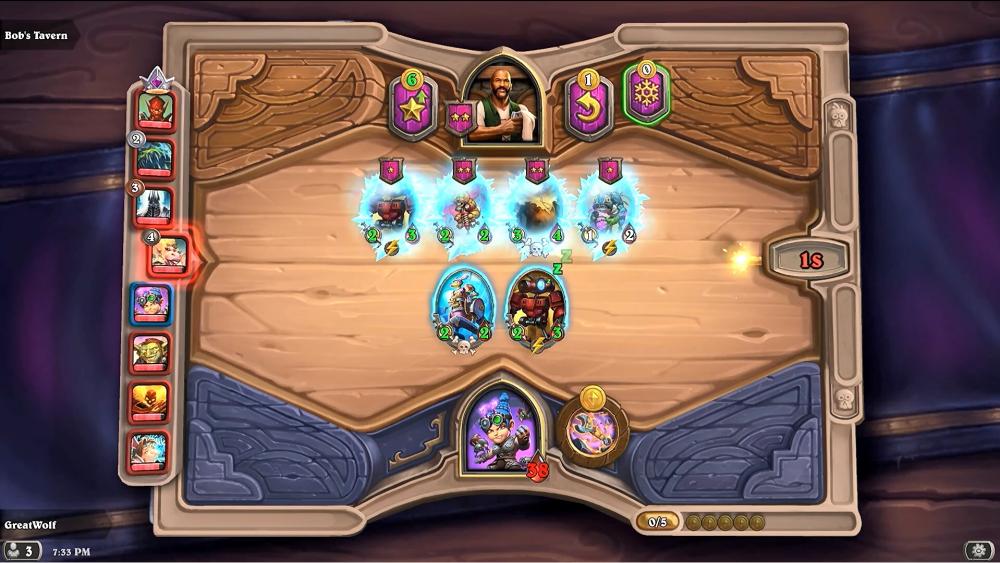 The second Battlegrounds Phase is the Combat Phase. Minions on the board take turns attacking from left to right -- respecting the opponent’s Taunt minions -- but otherwise attacking randomly. Minions follow all the typical Hearthstone rules, including Battlecries, Deathrattles, Auras, and Positioning effects. Attacks continue until one side of the board is completely empty and at that point, the player with minions remaining is the victor, dealing damage to the opponent’s hero equal to the sum of the quality rating of his or her remaining minions.

Heroes start at 40 health, and are out of the game when they are reduced to zero. Players can view their enemies health, as well as their win streak and Tavern Tier by checking the Scoreboard located to the left of the board. Each player’s opponent for the next round will also be highlighted here. This area can also be utilized as a type of chat function, as Emotes can be sent to all 8 players in the match. 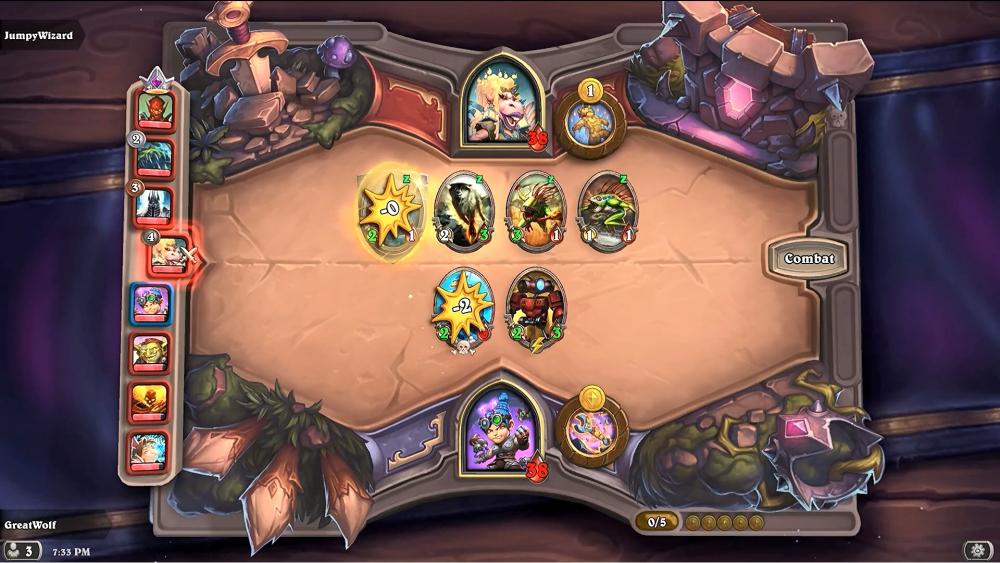 What Do We Think?

The experience was intensely fun, with earlier rounds having very short timers that get the heart pumping. Those that are unfamiliar with the Autobattler genre may struggle a bit at first, but there will be a tutorial available in the Beta that was not included in the show floor demo. Those that have been playing Hearthstone for a while will be at a distinct advantage, especially during the earlier rounds when the timer is short and decisions need to be made very quickly. Thankfully however, incorrect decisions in early rounds aren’t too punishing and can be corrected, as damage is based on minion Tavern Tier. This leaves some room for trial and error, allowing players to adjust as the rounds go on from one strategy to another based on the opponents they face.

Overall, Battlegrounds is an enjoyable experience, fast paced and an interesting take on the Autobattler genre that rewards the knowledge of existing Hearthstone players without punishing those that may be new to the game. Also, since the mode reflects Arena in that it isn’t tied to your collection, any player can jump into Hearthstone Battlegrounds without owning a single card, and will not be punished for the size of their collection. Unfortunately, there are no rewards that feed back into the main game like gold or card packs at this time -- but unlike Arena, Battlegrounds are free to enter so players have nothing to lose as they learn to play the new mode.

When Does It Launch?

The Closed Beta for Battlegrounds launches November 5th for all BlizzCon attendees, Virtual Ticket holders, and those that pre-order Descent of Dragons -- the latest Hearthstone expansion. Battlegrounds will then enter Open Beta on November 12th. At that time, players will be able to upgrade their experience by purchasing Descent of Dragons card packs with either in game gold or real money.

Battlegrounds will also feature an online leaderboard showcasing the Top 1000 rated players, so jump in, bring your friends, and fight for notoriety in the latest Hearthstone Game Mode!