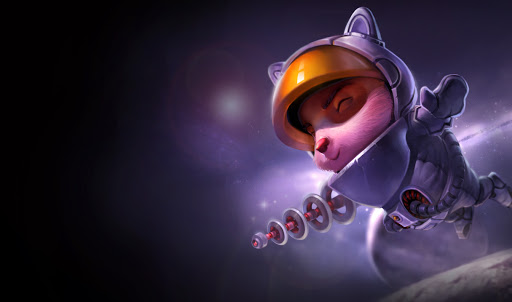 I've been playing games competitively since I was a wee little lass and played a lot of Starcraft: Broodwar and DotA. Eventually this led me to playing Starcraft 2 professionally for a brief period and later Heroes of the Storm. I super love playing TFT and my goal is to play it professionally!

10.15 Patch Review
Hihi! Welcome back to another 'week of' where I dive into the various aspects of the current meta! Today's article is, as the title suggests, about a few of the top champions for ranked. This is just a snapshot of a few of the champions and why they are worth playing. I try to avoid champions that rely on specific items or traits to be playable and aim for more generally strong units but it's occasionally unavoidable. Anyway let's get to it!

Up first is good ole Lucian. Lucian received quite a few buffs in 10.15 that have made him an ideal choice for your early and mid game carry. Later on in the game he will for sure fall off but as far as early game and the early stages of the mid game he's going to do a ton of damage. This also means that Cybernetics are even better early game, as well as early Blasters.

Your goal with Lucian is going to be giving him your carry items; things like Infinity Edge, Last Whisper, Deathblade or even some spell damage items, and sell him later on to transfer those items over. He's flexible enough that you can give him a vast number of carry items but he will do best by being the early carry for either Cybernetics or a Blaster/Brawler composition. All in all Lucian is in a much better position than he was prior to 10.15.

Ashe is still a top tier champion in 10.15 because she provides three things. First, her ultimate is amazing. The amount of CC she provides is absurd, especially if you give her a Shojin. Second is that she enables Celestial for a lot of compositions. Celestials healing isn't always going to be the most impactful but any small amount of healing can be enough to win a fight with your champions surviving longer.

Lastly she's great because Sniper is doing well in the current meta. Whether it's Astro/Sniper or Sniper/Vanguard you're likely going to want to play Ashe alongside your main carries. Again, her CC helps a lot especially when you pair it with other crowd control. Early on in the game she's also a decent carry though you likely shouldn't give her too many carry items since you want to keep her for later. But, as mentioned, Shojin is the perfect item to give her.

Okay it's time for Bard to get the respect he deserves. When he originally came out in the mid season update there was a lot of debate about him being useful or not. And I admit, he's not always useful and sometimes more of a burden than an asset. But then there are games where he's just insanely good. Especially early on in the game, the amount of experience he generates for you is ridiculous and allows you to either play hyper aggressive by leveling or build up your economy.

When should you play Bard? Most of the time it seems he provides the biggest benefit early on in the game. That said he can be good later on to help get certain compositions towards level eight and nine. Generally those are either Vanguard/Mystic builds or when you can high-roll Protectors. In those cases he's useful but his lack of contribution to damage in other builds may be more of a detriment than the experience he can generate. Overall you're not always going to run Bard but when you do, especially if you give him a Shojins, he's going to be a m a z i n g.

Vanguards are possibly the best front line in the game currently after nerfs to a few of the Protectors. Of course Protectors are still great but you're likely to see most players lean into Vanguards in the current meta. A big reason is that Jhin, and Snipers, are really common. And those physical damage ranged carries often struggle into the armor of Vanguards.

That's where Jayce comes into play. While Wukong is great and provides good CC, Jayce gives Vanguards something they usually lack -- damage. The extra damage he provides, mainly due to the fact it's AoE magic damage, makes him valuable. He'll help burn through the enemy front line quickly and often times whichever sides front line breaks first is the side that loses the round. In particular he's really good early game and with buffs to Graves you can easily run Space Pirates for a bit of an extra advantage.

Master Yi is a bit of a contentious pick for this list mainly because he requires very specific conditions to do well. He absolutely is only playable as a carry in six Blademaster and needs at minimum Rapid Firecannon and Runaan's for items. That's a lot of conditions that need to be met. But when you do meet those requirements he's a beast.

If this was a proper top ten list where I was ranking each champion then I'd either have him at number ten or as an honorable mention due to those requirements. But as this is just a snapshot of good champions for the meta he's definitely worth noting. What's really noticeable about Master Yi, at least compared to a lot of carries, is that he can absolutely shred enemy front lines. This is due to the true damage of his ultimate, as well as the fact that you're going to have RFC which negates dodge chance. Those two factors make him a tank killer which, in this meta, is invaluable to have as a carry.

Ah, Fizz. Fizz, in my opinion, is the best of the meta Infiltrators. Sure Shaco is more of a carry and Ekko has great utility but Fizz gives you an AoE that not only does a lot of damage but also stuns. That's absurdly good! Especially given a lot of players are bunching champions up because there's a decent amount of utility back line units. This means Fizz is almost guaranteed to get value most rounds. And on top of all that is the resurgence of Mech, to which Fizz is a necessity which increases his value even more.

Jhin is, without a shadow of a doubt, the best champion in the game currently. Or, at least the best ranged carry. He just does so much damage. He does struggle against Vanguards but making sure you have a Last Whisper is usually enough to overcome that, plus support champions to help burn the front line. But back to Jhin -- he's good. Like, really good. Even as a one star champion he will output more damage than a lot of your two star units. The bottom line is play Jhin if you find him and you're likely improving your composition by a large amount.

Soraka may come as a surprise as generally she's almost never been featured on this list. Most of the time you're going to see another Mystic or two as a top championed. But Soraka has quietly risen to the top because she dishes out a lot of healing. That healing is amazing because it slows down fights tremendously. Slowing down a fight, most of the time, is good because it lets your front line live longer which in turn often means your carry lives longer.

Of course there are counters to her in the form of healing reduction but the amount she can heal is usually enough that the reduction isn't too big of a deal. Basically look to play Soraka as your second Mystic, she will totally be worth it.

This list is definitely favoring Snipers and for good reason, they are doing quite well in the meta. Jhin may be a better ranged carry but Teemo is the reliable magic damage you're often missing. He's especially good against anyone clumping up their units as well as a soft counter to Infiltrators. Shaco being pesky? Well keep your Teemo positioned near where Shaco jumps and Teemo is likely to either one shot the Shaco or kill him quickly.

Against a lot of melee champions or units with short range? Teemo them. The slow effect is absurd for CC. Plus if you're running Teemo it's likely you're going to have Gnar and Nautilus which means, yep, more CC.

Alright so now let's get into the five cost champions. Except for Gangplank it's definitely possible to have filled out the majority of this list with legendary units. But for the sake of brevity and not having this list be a ton of champions I'll focus on three of them, beginning with Aurelion Sol.

The starship isn't as dominant as he was at the beginning of the mid season update but he's definitely a scary late game champion in 10.15. He's best when played alongside Rebels like when you're running Jinx carry or if you have a Protector spatula but honestly, in general, he's just great late game. Aurelion is hard to kill, does okay damage and most importantly drains the mana of whichever unit his fighters are targeting. That mana drain is for sure his best asset but combine everything together and you have a fantastic stand alone late game champion.

Janna did receive a nerf in 10.15 but honestly it hasn't slowed her down much. Sure she's not as prominent as she was in 10.14 but she's still a common pick up late game due to the CC she provides on top of the attack speed bonus. She single-handedly enables champions like Xerath in the late game and is just an overall boon to your composition late game. Make sure, if you're playing her, you scout the lobby. If there's players going four Mystic you may want to consider subbing her out against them but otherwise you should be okay running her.

And the last five cost champion to highlight is Lulu. Lulu is great as a late game champion. She's got CC, really good CC mind you, and two useful traits. Arguably Mystic is going to help more than Celestial but both are useful in their own way. Even without her traits, Lulu is an impactful late game champion and that's entirely due to her ultimate. Honestly you're likely going to be fine by running Lulu as your ninth unit practically every game.

Alright folks that's all for today! I'll be back later this week with more articles on the 10.15 meta! Thanks for reading and I'll see you later! <3

As always check out https://lolchess.gg/ as a great TFT resource! You can find more of me on my twitter here and twitch here as well as more GiantSlayerTFT content here!