Fight Night for April 10: Team Good Guys vs. Close To Death
by Entertainment on 04/09/2019
Entertainment 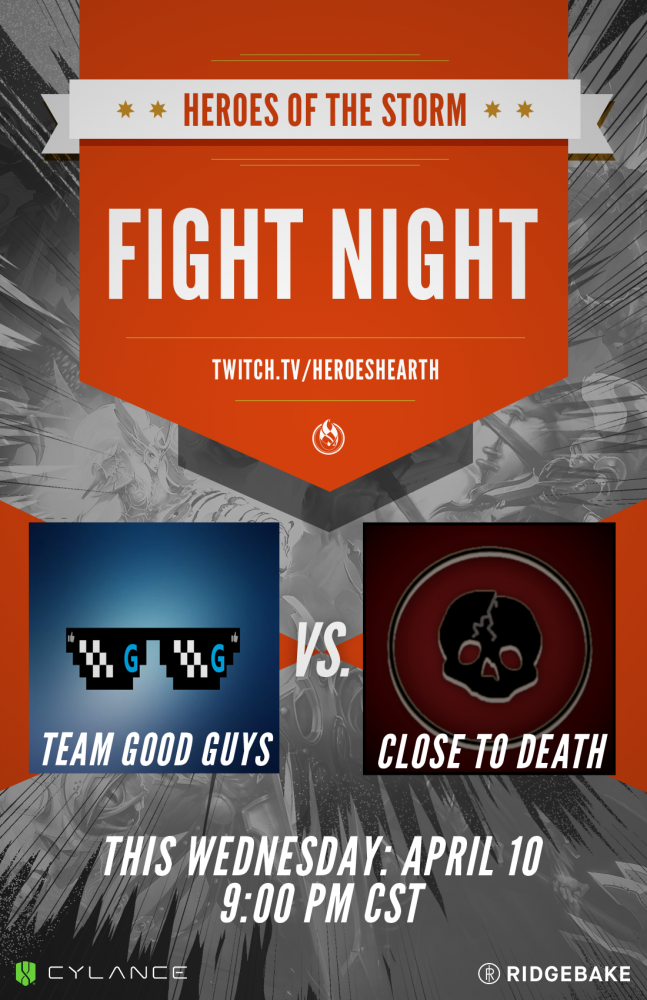 Team Good Guys (TGG) have been playing a hot hand in recent memory with two consecutive victories in Division S play over Revive Esports and Celeb Gaming, both teams who have played in Fight Night and lost previously. Although the team is middle-of-the-pack statistically (currently fourth place with 7 Map Wins), the parity in Division S is tight and this team seems to be building momentum. Known for explosive play and unique drafts, it will be interesting to see where they take us.

On the other side of the ring, Close to Death (CTD) have been proving that shot-calling can be done by committee, or in their case, by family. Described as a group of "cool uncles", the team has seen steady and measured success as the Division S season has gone on and with a 3-1 win over Order of the Sleeping Dragon (OSD) last week, they've found themselves climbing into the second-place position at 2-3 with 8 Map Wins.

This will be a close series tomorrow tonight, folks.

Tune into the HeroesHearth Twitch this Wednesday to catch Jhow and Halorin cast the clash!

Reminder, starting this week, we will be switching up our Bit/Bounty splits a bit for the Fight Night series now to reflect 10% of bits going to the crew. In summary, all Bits contributed by viewers during each broadcast will be split as follows: 25% to Team A, 25% to Team B, 40% to the Bounty, 10% to the Crew.