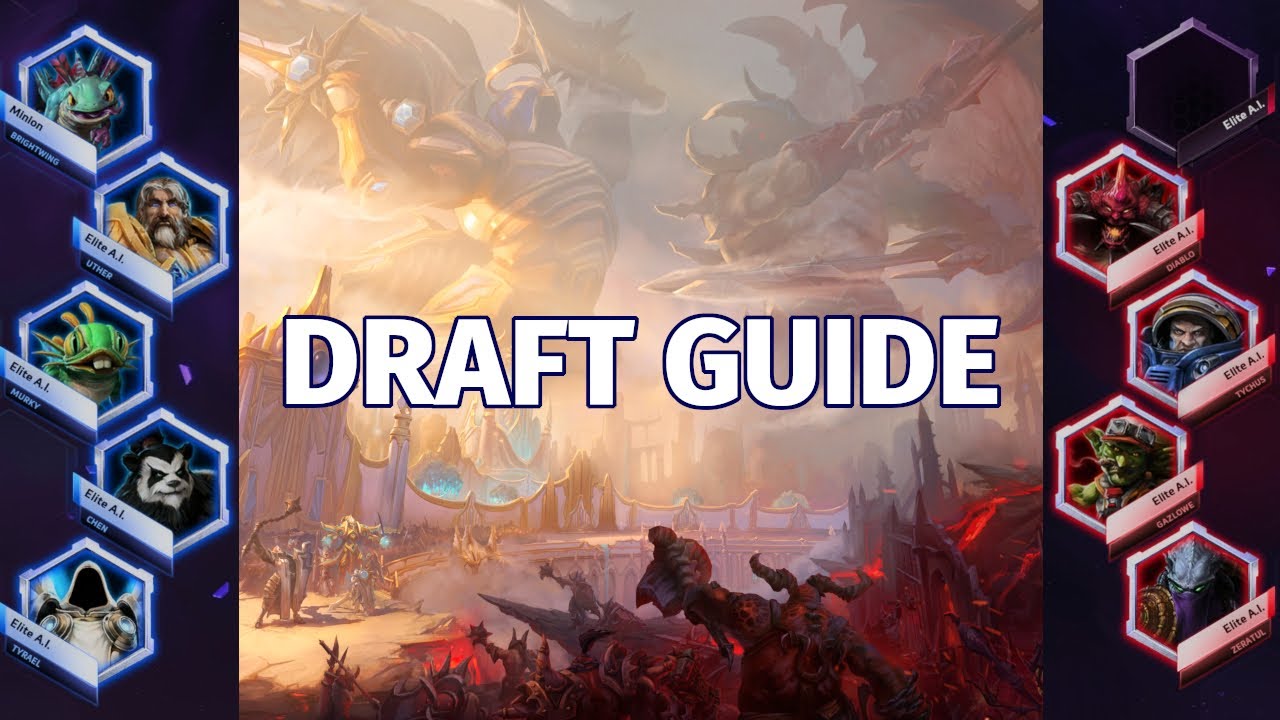 Main Tank Imperius (Molten Armor, Seen on Fury 10/24 CCL)
This Battlefield of Eternity Draft Guide video is the first entry in a draft guide series I'm working on. Hoping to get one done for every map in the pool eventually. BOE is a pretty easy and standard map to draft for but I still see plenty of mistakes. General tips for drafting on this map:

1. Make sure your team has solid single target DPS for the race

2. Draft solid hard crowd control to lock people down on defense to combo with the circles

3. Poke is very useful on this battleground. It can come down to a war of attrition of resources very often.

4. On that note try to get heroes that aren't mana hogs and that can heal without mana. Winning the resources fight is pretty important.


Tagged in: Draft Guide, Educational, Battlefield of Eternity, Heroes of the Storm
Tweet

Comments
There are no comments for this post.
calebbjones
Current BOE tier list if you are looking for one! https://heroeshearth.com/tiers/cbjttv/10171