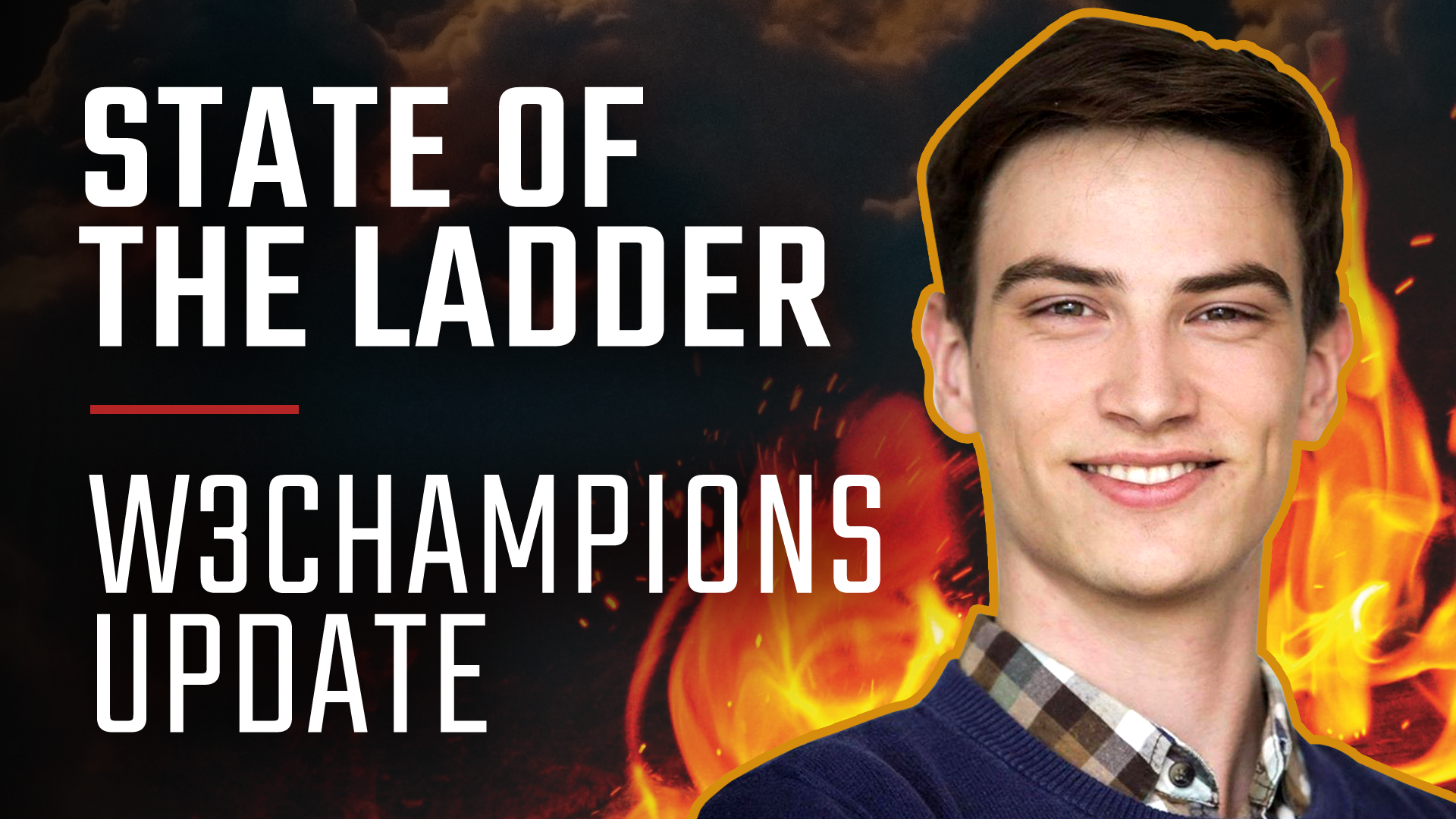 State of the Ladder with RehcraM: W3Champions Update #6
Season 2 of W3Champions is knocking on the door and with it a bunch of exciting new modifications will be implemented - let's have a look!

As opposed to the first season's 8 weeks time span, the W3C team has announced the 2nd season will only last  6 weeks (July 17th - August 28th) to ensure a dynamic ladder that doesn't grow stale. The current season will end at 18:00 CEST.


One of the very interesting announcements is, that there will be an end of the season tournament for the top 8 Grandmasters. In addition to a crowdfunded prize pool (with 65-35 split in favour of EU), the winner of said tournament will receive a "Champion's flair" for the season in their W3C profile. The 2nd season's tournament has already been scheduled for September 4th-5th and will be broadcasted by Back2Warcraft.
This sort of tournament will give players something to fight for during the ladder season, resulting in more competition for the top 8 spots. A great idea!


In their season 2 announcement, the W3C team also mentioned some changes to the MMR system. First and foremost, there will be a hard MMR reset for season 2, meaning that everyone's MMR will be reset to 1500 at the start of the season.
The currently used MMR formula for FFA and RT makes climbing the ladder extremely difficult in those game modes which the community has been vocal about. As such, we will also see changes to the MMR calculation for those game modes in the upcoming season.

In the first season, the first Grandmaster was a player who completed the five placement games the fastest, resulting in a 0-5 Grandmaster for a brief period of time. This will not occur again in season 2 as there will be an MMR floor to reach Grandmaster.


Now, a very exciting change is a new map being released onto the W3C 1on1 ladder. The map was decided through a public survey and got a surprisingly decisive victory.

The map we will be seeing more off is called Autumn Leaves. The map has two features which stands out quite fast: Asymmetric objectives in the Laboratory/Mercenary and a natural very close to the middle of the map.

With there only being one Laboratory and one Mercenary, we may see some exciting key skirmishes to determine who gets hold of the first Shadow Priest of Zeppelin, but it is also a potential serious pit fall for the map. In some matchups, Mercenary pushes or Zeppelin drops play a huge role. With them being exclusive to the player getting there first (or the player with the lowest ping), we may see games decided as a result of this asymmetry.

A feature that is a bit more hidden is the Crown of Kings (+5 to all 3 attributes) which has replaced the regular +4 stat items. This makes the two red camps much more desirable to secure. 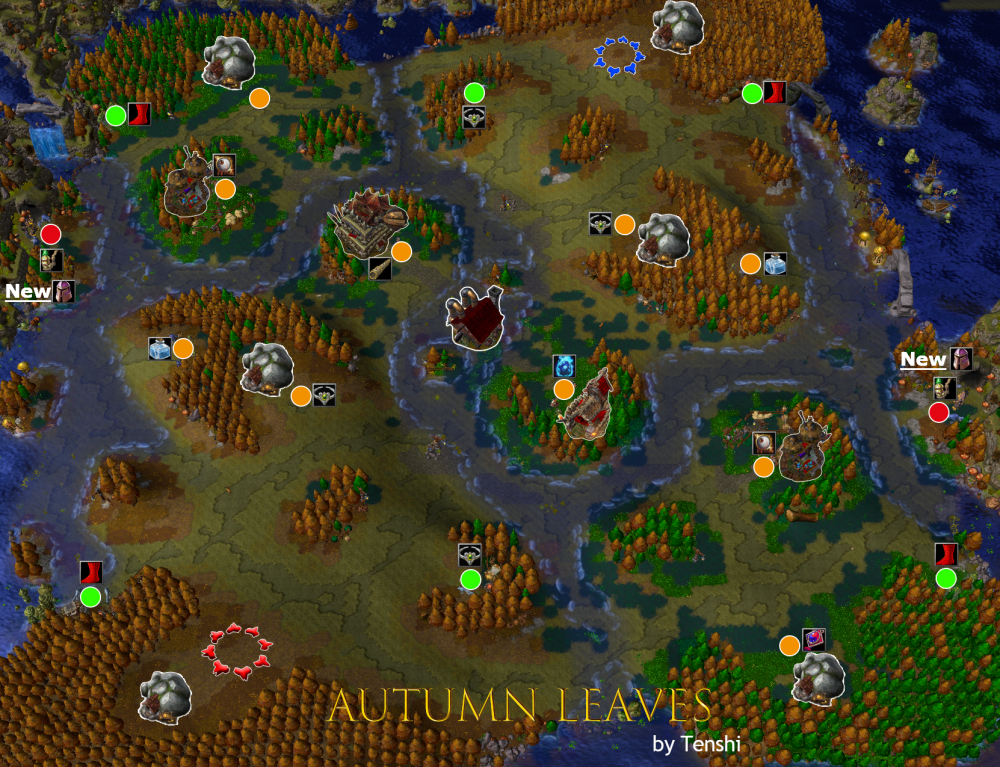 The forward goldmine is quite easy to clear, but it is also dangerously close to the opponent. Which one will be used for expansions may end up being determined by the build order employed. If a Human opt for an immediate expansion as the hero pops out, the lack of Footmen will probably make him head for the forward goldmine where as someone who creeps prior to going for the expansion will probably opt for the safer goldmine. Same might end up being true for Undead's fast expo: if you go Crypt+Altar you take the central expo, if you go Crypt+Zigg you take the safe expo.

In either case, we am excited to see a new map joining a competitive environment and who knows, maybe it will even end up making the cut for bigger tournaments!

With the season coming to an end soon, players do not have a lot of time to change the final standings. Currently Happy has managed to put 3 accounts into the top 5, bumping Grubby down to forth place. Recently Hitman ("Zhu") has also been playing a ton on the European ladder, resulting in him breaking it into the 6th place.

Sonik was challenged to hit rank 1 before the start of the new season, but with him currently being rank 7, that seems like a highly unlikely goal. He did have a very late start to this season, so perhaps next season, he will be able to hit the top of the ladder!
Tagged in: Warcraft 3, RehcraM, Warcraft 3 Reforged, Warcraft 3 Esports, State of the Ladder, WC3
Tweet