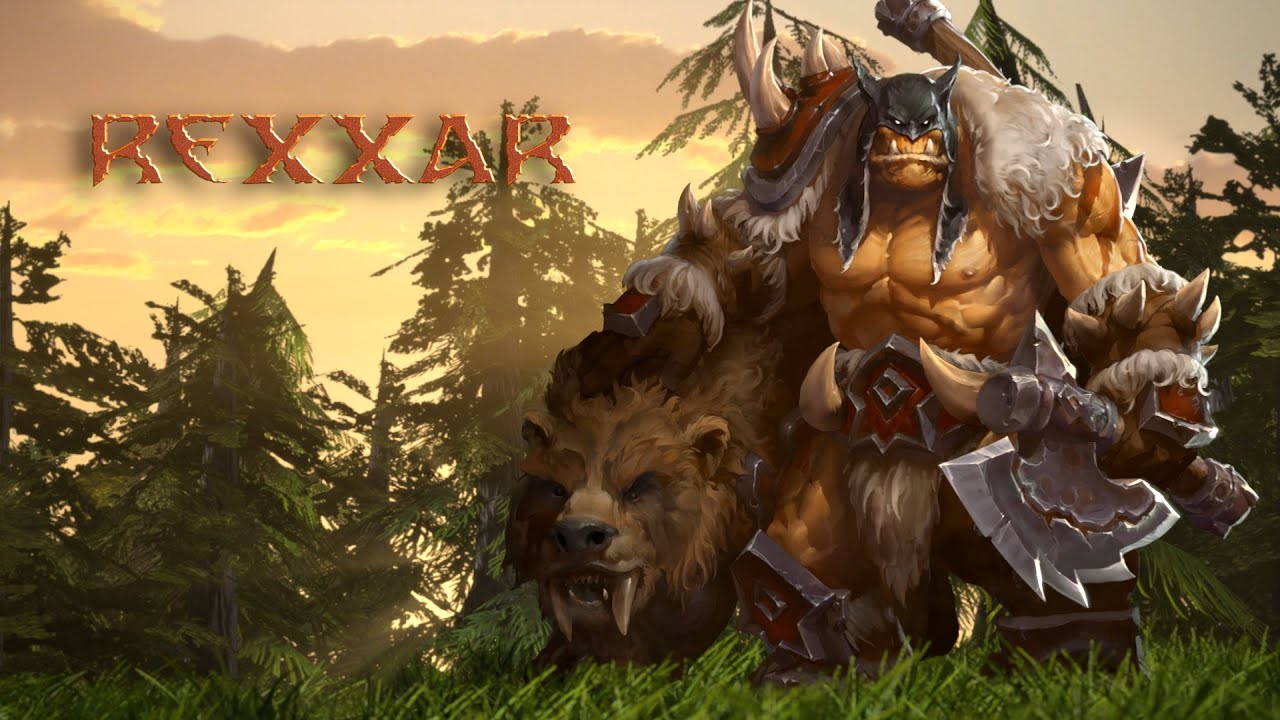 Does Qhira counter Rexxar in the solo lane?
by Jazzalene on 10/07/2019
Jazzalene
Bay Area, California
4  Followers

Qhira vs Rexxar in the Solo Lane!

Hi Friends! I'm Jazzalene, many of you know me as the organizer and creator of Girls Gank Squad and/or a streamer on Twitch. Today I'm here to talk about Rexxar and Qhira. Recently I encountered a game on Braxis Holdout where I played Rexxar into Qhira in the solo lane. I would argue I lost the lane. This specific game ended up posted on YouTube, as FanHOTS was also on my team. It was a my first time playing Rexxar against Qhira in the solo lane. You can find it here:
When it comes to Rexxar, I like to believe I have an idea of what I am doing. I currently have him at level 24, with over a hundred games, and a win rate of 61%. I'm no GM, but I'm not terrible either- usually I'm sitting somewhere in mid-low diamond. Now, with this particular video, I made the mistake of reading the YouTube comments. Most people seemed convinced that any decent Rexxar would have won the lane. I thought that I could use this as an opportunity to break down and teach people why and how Qhira counters Rexxar in the lane.

Qhira's W talent, Blood Rage, has a passive that makes basic attacks and abilities cause bleed damage. When she activates Blood rage, Qhira deals 32 damage and heals 85 health per enemy Hero affected. Damage and healing is increased by 50% per each additional stack on that Hero. A enemy Hero can have up to a maximum of 5 bleed stacks on them.

So why is this good into Rexxar? Well, Misha counts as a Hero too. This means when she is laning into Rexxar, she could have a maximum of 10 stacks of bleed between Rexxar and Misha. This allows her to easily sustain herself in the lane. It's also quite easy for Qhira to stack bleed damage for Blood Rage. Rexxar will generally keep Misha positioned between himself and Qhira. This is to make it harder for Qhira to dive Rexxar with Revolving Sweep (E ability) or Grappling Hook (trait), as the Misha will block the abilities for Rexxar. However, it also means that there will be ample opportunities where Rexxar and Misha will line up perfectly for Qhira's Q talent, Carnage. Essentially, it very easy for Qhira to stack a lot bleed damage and heal herself with Blood Rage into Rexxar. This also makes it easy for her to stack her level one talent, Fatal Wounds, if taken.

Additionally, Blood Rage has a talent at level 4 called Upstage. Damaging at least 2 heroes with Blood Rage causes Qhira to evade the next 4 basic Heroic attacks within 12 seconds. Typically, a Rexxar will secure kills by following up Misha, Charge! with auto attacks and maybe a Spirit Swoop to slow. In fact, quite a bit of damage Rexxar does comes from auto attacks by himself and Misha. Talenting into Upstage negates a lot of the AA damage Rexxar would normally use to secure kills after stunning.

Blood Rage has an 8 second cooldown. Misha, Charge! is on a 10 second cool-down. This means that as long as Qhira has bleed damage on both Rexxar and Misha, she will evade the follow up AA damage after Misha, Charge!, as well as heal herself, almost every time Rexxar's uses Misha, Charge!. Now, Rexxar could talent into Aspect of the Beast, which causes Misha's basic attacks to lower the cool-down of Misha, Charge! by one second. This would mean that Rexxar could use Misha, Charge! for a second time before Qhira would be able to Blood Rage again, but she would have to be pretty low on health to secure the kill. This is because even with the cool-down reduction on Misha, Charge!, Qhira's Blood Rage is off cool-down only a split second after Misha can stun again. Even if Qhira allows herself to get low enough to be killed, she has her grappling hook to escape death.

So we've already established that due to Blood Rage and cool-down times, it is really hard for Rexxar to secure kills on Qhira. But is Qhira able to secure kills on Rexxar? Absolutely. Qhira has two abilities that allow her to dive past Misha- Revolving Sweep and Grappling Hook. Rexxar really struggles against dive, as the only peel he has is Misha, Charge!, which he frequently uses to help secure kills. Usually, if you are playing into something that is able to dive you, you try to save Misha, Charge! as a peel to protect yourself. However, playing against Qhira can lead to a dangerous trap. There may be times when you think you can secure the kill on Qhira with Misha, Charge!, but Blood Rage can heal her substantially and cause her to evade basic attacks that follow up the stun. Since Misha, Charge! is now on a 10 second cool-down, she is now safe to jump onto Rexxar and look for the kill without the threat of being stunned. It's almost like a green light for Qhira. If she see's the charge go out and is in a healthy position, it signals her to look for the kill, or at least get into some good damage, because Rexxar can't really do anything to stop her for 10 seconds (maybe a little short with Aspect of the Beast). This really leaves Rexxar is a tough situation. Basically, he needs to save Misha, Charge! to peel Qhira off him. However, Qhira is still be able to sustain herself through the stun and follow up damage with Blood Rage, or even evade the stun all together with Revolving Sweep to continue to look for the kill onto Rexxar.

What can I do to win the lane as Rexxar then?

Ideally, try not solo lane into Qhira as Rexxar. But if it does happen, I think the best thing for Rexxar to do is to freeze the lane and deny her the opportunity to dive Rexxar. Hopefully, with the lane frozen, a team mate can rotate onto her if/when she overextends to look for a kill. Realistically, I don't think Rexxar will be able to secure solo kills against a competent Qhira. Not with the amount of sustain, damage mitigation and escape Qhira is capable of. In this particular game, I made this mistake of trying to cap the point on Braxis Holdout without first securing a kill onto Qhira with Genji. It's hard to resist going for the point though! Especially if your team's 4 man is losing the bottom point and you feel pressured to stall objective.

Ok, so ultimately I was sad people were calling me a bad Rexxar on YouTube and it drove me to make this post. Just to be sure of the things I wrote here, I even tested it out in custom games against another player. It really didn't come as a surprise that I was able to easily win the lane as Qhira into Rexxar, but struggled hard when I was on Rexxar against Qhira. We even tried talenting Qhira without Upstage, and although this made it a bit easier to lane against her, she was still able to win the lane with her sustain. Keep in mind, I am not even good at Qhira, but I am a pretty decent Rexxar. Ultimately, I'm glad someone called me a bad Rexxar and that I sucked, because it lead me to learn why Qhira is quite capable of winning a lane into Rexxar. It also enlightened me as to who I should look to draft when facing Rexxar. Often times I don't know what I should take against him. My conclusion is I would consider Qhira a counter to Rexxar in the solo lane.
Tagged in: Qhira, Rexxar, Misha, Solo lane, Counter, Counters, Jazzalene, Girls Gank Squad
Tweet